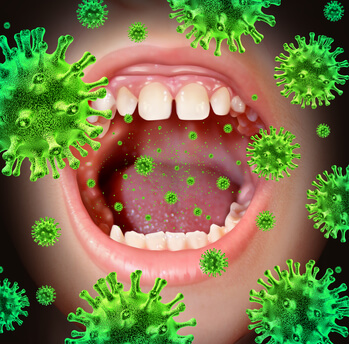 Have you ever wondered where our modern-day thinking of germs and diseases comes from? Before Louis Pasteur put forward his “germ theory” of disease in 1861, it was commonly thought that diseases of the body started spontaneously. The thought of humans being the cause of diseases spreading was unheard of. Medical doctors of the time would routinely examine a deceased or dying person, and then attend to a women in labour without any concept of infection control!

Pasteur was instrumental in changing our understanding of how so many diseases started. He also introduced the concept of heating liquids to kill germs. This technique became known as “pasteurisation”. For the first time, many once-deadly diseases were no longer to be feared. For several decades after Pasteur, the advent of new antibiotics, anti-virals  and anti-fungal began to give us the confidence that we could treat and “cure” nearly every disease on this planet.

During World War II, penicillin saved the lives of hundreds of thousands of injured soldiers. It became the first true “wonder drug” of its time and was featured in 1944 in LIFE magazine: Problems with our new wonder drugs began to emerge when some bacteria were reported to show resistance to the antibiotics. One particular bacterial strain commonly called “Golden Staph” (or MRSA) has become entrenched into our healthcare facilities. A significant focus in these facilities is in controlling the outbreak of these “superbugs”.

On another front, the discovery of the HIV virus ran shockwaves through the medical community. For the first time we had a virus that changed itself and slowly destroyed our immune system.

According to Dr Michael Blum who worked with the US FDA:

“There was complacency in the 1980s. The perception was that we had licked the bacterial infection problem.”

The New England Journal of Medicine also began to describe problems that doctors had who could not find antibiotics that worked for their patients. It became very apparent in the 1990s that the medications being prescribed were becoming less effective.

The medical community has since begun searching for other factors that could improve the health outcomes of the patient – and stop the spread of infections. The majority of healthcare providers in Australia rightly share a reluctance to eagerly prescribe antibiotics and anti-virals the way they used to only a decade ago. Today, the focus has shifted to meticulous prevention of disease transmission from one patient to another. This is the basis of Universal Precautions: a strict set of infection control protocols.

You might not be aware that there is so much that you can do to strengthen your body against infections and diseases. It was the genius of Aristotle in trying to understand the natural cause of diseases when he said:

“We do not have knowledge of a thing until we have grasped its why, that is to say, its cause.”

In an earlier blog, we discussed the fundamentals of a healthy body. In this blog I have taken things a little further by presenting the key factors that contribute to human disease. I have called this the Tetrahedral Model of Disease Progression. This model focuses on four key factors that, if followed, can create a significant improvement in health. These are: nutritional deficiencies, sleep deficit (or quality), pH imbalance and your emotional state. I have illustrated the model below: So how do each of these factors contribute to disease? One way nutritional deficiencies occur is when we do not receive enough vitamins and minerals from our diet. It is also possible that our bodies cannot actually use the available vitamins or minerals in our diet. Eating a wholesome, balanced diet is something we can do to strengthen our bodies. Nutrients will be blocked, however, in the presence of heavy metals, toxins or genetic anomalies that prevents us from absorbing what we need from our food. If your diet is excellent, and you suspect you may have a nutritional deficiency, then it may be time to see a doctor familiar with integrative medicine. These doctors test for vitamin deficiencies, check for toxins in the body and spend the appropriate amount of time with you to “put the pieces of the puzzle together” for you when it comes to your health.

Are you depriving yourself of sleep by not sleeping enough hours each night or by snoring? You may be preventing your body from healing and repairing itself. Whenever I see a patient who suffers with chronic pain, I often ask them about their sleep! How do you know about your quality of sleep? It’s quite simple: have your doctor (or even dentist) examine you and check your symptoms. If they feel you are high risk of sleeping or breathing problems, then they will refer you for a sleep study. Remember that sleep apnoea, left untreated, will lead to other nasty side-effects such as developing hypertension, stroke and a daily inability to concentrate and stay alert during the day!

When health professionals talk of balancing your pH, they are simply making sure that the foods and drinks you consume are not robbing your body of valuable minerals and vitamins. If you are in the habit of drinking several cans of soft drink (or energy drinks) daily, you will almost certainly be leaching thousands of minerals and vitamins from your bones and tissues in a crazy attempt to neutralise those acids. There are many excellent resources online if you would like a more complete understanding on how important it is to maintain your body’s pH.

Finally, our emotional state and belief systems play a big part in affecting our immune system and stress hormone levels. You will recall in a previous blog that chronic stress plays a major role in contributing to unhealthy skin, poor digestion and adrenal fatigue.

Now that you have understood the four key contributors to disease, I will apply the Tetrahedral Model of Disease to two common dental problems: gingivitis and oral thrush.

As you can see from the table above, if you take care of these four contributors of disease then you stand a good chance of limiting the severity and recovery time from your infection. Isn’t this a plausible explanation of why some people “never seem to get sick”?

In conclusion, the central message from this blog is simple. Every day you are exposed to millions of bacteria, viruses and fungi. This cannot be avoided and they will continue to be the cause of many diseases we suffer. If you take responsibility for your health now, then you stand a good chance of reducing their severity, and therefore improve the quality of your life.